The small town of Haleiwa, Hawaii, is located on the world famous North Shore.

But going to the beach is not the only thing to do:

There also happens to be quite a few fantastic places to eat, like the juicy huli huli chicken on the weekends and the famous shrimp truck.

On my previous trip to Hawaii I had also wanted to try Dat Cajun Guy, a food truck selling Cajun and Creole New Orleans favorites, but I ran out of time, so didn’t get a chance.

So on my next trip to Haleiwa, there was no way I was going to miss it.

Haleiwa is a great place to go to the beach and surf, but along with enjoying the sun and water, food is always a priority.

It’s a good thing there are some great places to eat in Haleiwa.

Dat Cajun Guy is a food truck in Haleiwa that serves a mixture of Cajun and Creole food. The owner and principle chef, Jordan Romano, was born and raised in New Orleans, and some of the recipes he serves have been passed down through his family.

When I ate at Dat Cajun Guy, the service was extremely friendly, and it was one of those food trucks that you could just tell the owners were passionate about what they were cooking and serving.

You can get your food for takeaway, but they also have a dozen or so picnic tables, sitting under the shade with a cool north shore breeze, where you can dig in.

And if you ask me, as soon as you get ahold of your food, you’re not going to want to go too far before you start chowing down.

On the Dat Cajun Guy menu you’ll find all the New Orleans classic dishes like jambalaya, gumbo, red beans and rice, a number of different seafood platters, and the full selection of different types of po-boys.

It was only myself eating when I went to Dat Cajun Guy. My wife had needed some Thai food, and so she had already filled up, so I was all on my own.

So while I truly would have loved to sample everything on the menu, I had to choose wisely as it was just me eating. Next time I’m going straight for the jambalaya, but here’s what I ate at Dat Cajun Guy this time:

To begin my meal, I was curious to try an order of fried pickles, something I had never had before.

The pickles, which I believe were dill pickles, were sliced into thin pieces, then coated in batter before being deep fried to a golden crisp.

They were served with a dipping sauce on the side, a creamy sauce that tasted similar to ranch, but with more flavor. I’m thinking it was a type of Louisiana style remoulade sauce, but I’m not fully sure.

I really liked the fried pickles.

They were crispy on the outside, and the inside pickle was sour and salty, with no sweetness.

If you’re not up for the fried pickles for a side snack dish, I think the fried okra would be another great choice from the menu.

I was really debating whether to go for the jambalaya, or to order the New Orleans Style BBQ shrimp. But as I browsed through some photos of the bbq shrimp, and since I’m a shrimp lover, I knew it was a dish I needed to try.

They had both a half and a full size, I went with the full plate. When I ordered, they asked me if I wanted battered or naked shrimp (no batter). And when he suggested I could get half and half, that’s exactly what I chose.

The plate came with a bowl full of the shrimp, which were drowned in a delicious smelling gravy sauce, plus a scoop of brown rice within, topped with a wedge of lemon, and surrounded by sliced French bread.

First off, I will say that it was a bit on the oily side, but that being said, it was very tasty, and I thoroughly enjoyed it, every single shrimp.

The sauce was rich and I could taste onions and green peppers simmered down until fall apart tender. The BBQ sauce was slightly sour and slightly sweet, with a hint of smokiness.

After eating a few bites, I squeezed on the wedge of lime to give it an extra sour citrus boost. I liked the combination of both fried and non-fried shrimp (naked), but I probably liked the naked shrimp the best.

Again it was a little greasy, but very flavorful and I loved it.

My biggest mistake eating at Dat Cajun Guy in Haleiwa was ordering only the half size of the po-boy.

Actually, it was probably a good choice, considering my wife was already full. But after taking my first bite of the po-boy, I didn’t want to stop eating.

I ordered the combo fish and shrimp po-boy, including a handful of fried shrimp, a slab of battered and fried fish, and all the toppings, all wrapped within a crispy baguette.

What I loved most about the po-boy was that the fish and shrimp were cooked perfectly.

They weren’t dried out or overcooked, but flaky and juicy, with a crunchy outer layer. The mixture of mayo, and some of what I believe was the same sauce as the fried pickles, gave the sandwich some extra richness.

On the food truck counter, they had a few bottles of Louisiana hot sauce for the taking, and so after taking a couple bites of the po-boy, I went up and grabbed a bottle and doused my sandwich with it. It added some heat and more tanginess to the po-boy.

The combo fish and shrimp po-boy was probably my favorite dish of the lunch.

Happy and full of Dat Cajun Guy, since the weather was nice, we decided to drive over to Ka’ena Point and take the walk to the point.

It was a nice following activity after such delicious food.

If you have a few minutes, watch the full video of this meal below:

Dat Cajun Guy is a food truck on the north shore of Oahu, Hawaii, within the small town of Haleiwa. On the menu you’ll find all the New Orleans classics, like jambalaya, bbq seafood, fried pickles, and po-boy sandwiches.

Everything I tried was marvelous, and I think my favorite was the combo fish and shrimp po-boy that was cooked perfectly with a perfect ratio of ingredients.

I have very little experience eating Cajun and Creole food, but after that beautiful meal at Dat Cajun Guy, I’m looking forward to much more.

Address: 66-472 Kamehameha Highway, Haleiwa, HI 96712, United States
Open hours: 10:30 am – 4 pm, closed on Sunday and Wednesday, but check their social media updates because they occasionally aren’t open due to special events.
Prices: Prices, while they are a bit on the high side, are pretty average for meals in Hawaii, and considering the location and the deliciousness of the food, it’s worth it. Meals cost around $10 – $15.
How to get there: Dat Cajun Guy is located right along Kamehameha Highway, within the town of Haleiwa. There’s a food truck lot, where there’s about 5 – 10 food trucks all set up, and Dat Cajun Guy is positioned at the front, right by the entrance of the lot. 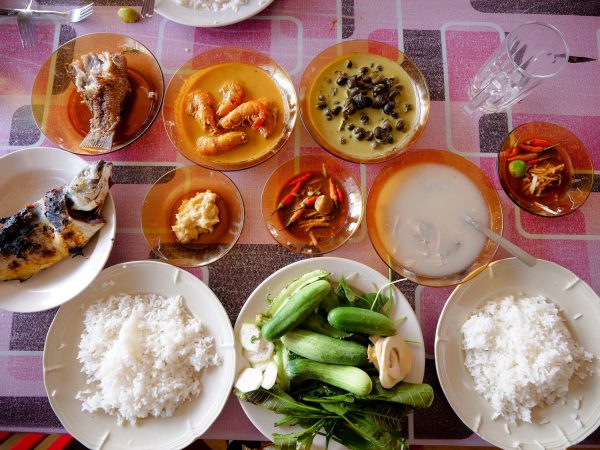 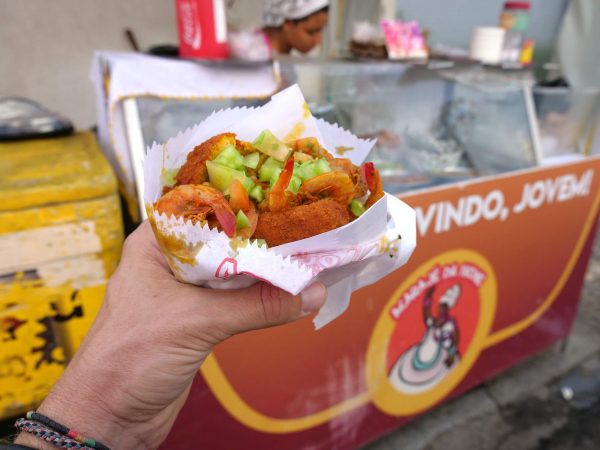